Jumpstart nabs $8.5M led by Sequoia for a recruitment platform that aims to increase diversity 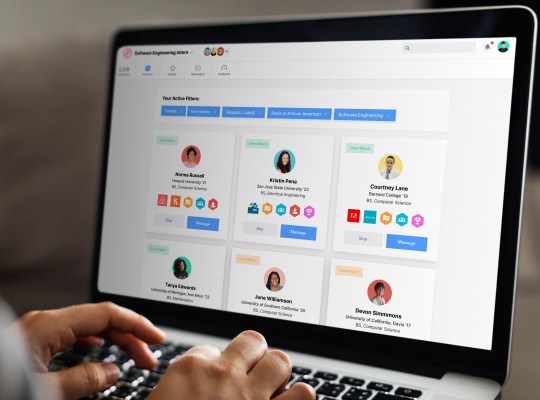 Today a startup that’s built a recruitment platform to help organizations source and hire in a more holistic way is announcing a round of funding to capitalise on a rise in demand for its services.

We think there’s an opportunity for Jumpstart to be a global platform for early-career talent,” said Mike Vernal, a partner at Sequoia.

Eventually, he found himself working for a lot of companies out of the U.S. and decided to make the move and see how and if he could bring a technology approach into the equation to improve the overall process — specifically by using AI to replicate the pattern recognition that Herman himself had used up to then in his successful recruiting endeavors.

As Herman described how it works, the process starts in part by working with big companies, which are given access to the pool of candidates on its platform — that pool currently numbers 100,000 users.

The pool of candidates grows, meanwhile, both organically (people can sign up on their own), or by way of those companies recruiting them onto the platform.

Herman says that the basic platform is already a big development for many of these companies, which in the past might have made a few trips to select schools to connect with students at career fairs, essentially leaving out most other universities and candidates from getting a look in.

The focus on taking the recruitment game away from campuses and specific outreach to universities is an important way of expanding a company’s efforts to improve diversity and inclusion.

More recent shifts, however, into looking for more diverse workforces has changed the game: since platforms like LinkedIn were never built (and cannot really be used today) to help source more diverse candidate pools, that creates an opportunity for newer platforms to build themselves with those kinds of priorities baked in from the start.