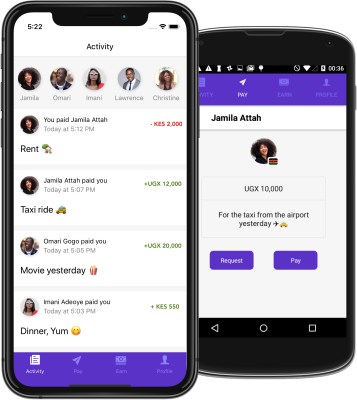 After going live in 2018, Chipper Cash raised $2.4 million in May 2019 in a seed round that included support from 500 Startups and Liquid 2 Ventures — co-founded by American football icon Joe Montana.

The fintech company, co-founded by Ghanaian Maijid Moujaled, now has more than 600,000 active users and has processed more than 3 million transactions on its no-fee, P2P, cross-border mobile-money payments product, according to Serunjogi.

The startup’s planned move to Southern Africa — home to the continent’s second-largest and most advanced economy of South Africa — will place Chipper Cash in all three corners of the Africa’s triangle of leading digital finance markets.

Chipper Cash touts its ability to grow its P2P product in several countries in 2019, including Nigeria.

That money dwarfs rounds raised by other P2P-focused fintech companies, such as Chipper Cash.