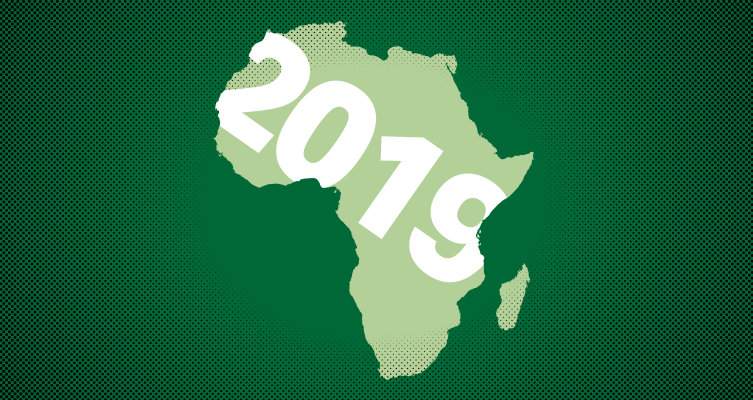 This was the first listing of a VC-backed tech company operating in Africa on a major global exchange — which brought its own unpredictability.

With Nigeria as its base market, the Rocket Internet-backed company created accompanying delivery and payments services and went on to expand online verticals into 14 African countries (though it recently exited a few).

The American activist investor’s case was bolstered, in part, by a debate that played out across Africa’s tech ecosystem on Jumia’s legitimacy as an African startup, given its (primarily) European senior management.

Even with Jumia’s post-IPO rocky road, the continent’s leading e-commerce company still has a heap of capital and is on pace to generate more than $100 million in revenues in 2019 (albeit with big losses).

Events in 2019 point to Interswitch becoming the second African digital company to list on a global exchange in 2020.

The company raised ≈ $394 million, some of which it is directing toward venture funding and operational expansion in Africa.

In the new year, TechCrunch will continue to cover the business arc of this surge in Chinese tech investment in Africa.

On debate, the case could be made that 2019 was the year when Nigeria become Africa’s unofficial capital for fintech investment and digital finance startups.

A rough tally of 2019 TechCrunch coverage — including previously mentioned rounds — pegs fintech-related investment in the West African country at around $400 million over the last 12 months.

From OPay to PalmPay to Visa — startups, big finance companies and investors are making Nigeria home-base for their digital finance operations and Africa expansion strategies.

In 2019, Africa’s motorcycle ride-hail market — worth an estimated $4 billion — saw a flurry of investment and expansion by startups looking to scale on-demand taxi services.

Ten years ago, there were a lot of “if” questions on whether the continent’s ecosystem could produce certain events: billion-dollar startup valuations, IPOs on major exchanges, global expansion, investment from the world’s top VCs.