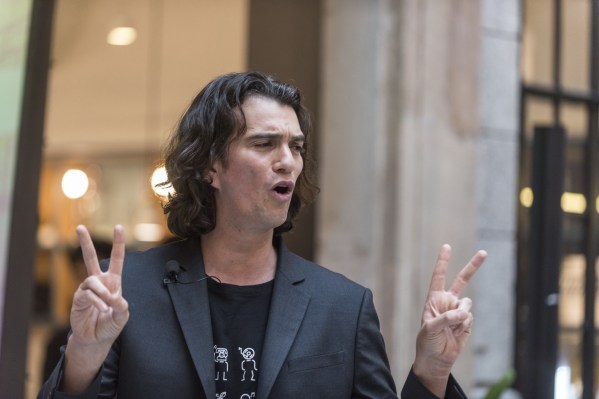 In 2017, Susan Fowler published her heroic blog post criticizing Uber for its culture of sexual harassment, helping spark the #MeToo movement within the tech industry; 2018 was the year of the scooter, in which venture capitalists raced to pour buckets of cash into startups like Bird, Lime and Spin, hoping consumer adoption of micro-mobility would make the rushed deals worth it.

Most recently, SoftBank confirmed it was selling its stake in Wag, the dog-walking business back to the company, nearly two years after funneling a whopping $300 million in the then-three-year-old startup.

Why it matters: ditching one of its more high profile bets out of the monstrous Vision Fund wasn’t even the first time this year SoftBank admitted defeat.

The IPO was poised to become the second-largest offering of the year behind only Uber, but what happened instead was much different: WeWork scrapped its IPO after ousting its founding CEO Adam Neumann, whose eccentric personality, expensive habits, alleged drug use, desire to become Israel’s prime minister and other aspirations led to his well-publicized ouster.

Why it matters: WeWork’s unforgiving IPO prospectus painted a picture of a high-spending company with no path to profit in sight.

For years, Silicon Valley (or New York, where WeWork is headquartered) has allowed high-growth companies to raise larger and larger rounds of venture capital, understanding that eventually their revenues would outgrow their expenses and they would achieve profitability.

These IPOs ignited a wide-reaching debate in the tech industry: does Wall Street care about profitability?

3. A whole bunch of CEOs stepped down: Adam Neumann wasn’t the only high profile CEO to move on from their company this year.

Other companies like Lyft and Peloton had disappointing results this year confirming the damage inflated valuations can cause startups-turned-public companies.

Why it matters: 2019’s tech IPOs illustrated a disconnect between the public markets and venture capitalists, whose cash determines the value of these high-flying companies.