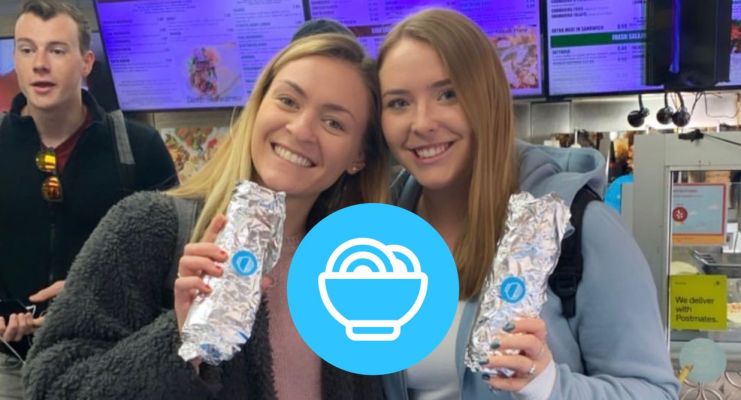 “We were in the back washing blenders so they could keep taking Snackpass orders” recalls co-founder and CEO Kevin Tan. The team from order-ahead food startup Snackpass was willing to get their hands dirty to keep up with demand at one of their first restaurant partners, Tropical Smoothie Cafe on the Yale college campus.

And through the Venmo-esque Snackpass social feed, users could keep up with a fresh form of gossip while discovering restaurants.

It takes a cut of every order and keeps margins high since users pick up the food themselves rather than waiting for delivery.

While other food ordering startups battle to offer discounts as marauding users deal-hop between apps, Snackpass keeps users coming back through its loyalty program.

Slow and expensive food delivery services didn’t make sense for smaller orders like a coffee, ice cream, or a pepperoni slice on campuses small enough for customers to walk or bike to the restaurant.

Tan says “I was dabbling in several side projects, including helping a friend who managed a local pizza shop build a website to help better reach the local student community.” He realized how tough it was for restaurants around colleges to retain and reward customers, especially as regulars graduated.

Snackpass offers users a list of nearby restaurants they can order ahead from, with special tags for ones offering deals.

Users can then spend their points to get themselves free menu items, or send a virtual Snackpass gift card to any of their phone contacts or people they find via search.

This gives Snackpass a way to grow virally that most food apps lack.

Snackpass has also done some integration work specifically for the college market that sets it apart from other order-ahead and delivery services.

“There is certainly a risk that local restaurants will start to get platform fatigue, finding that using some apps will take too big of a bite out of their margins” says Tan. That’s why Snackpass built features that let restaurants batch orders and control how many come in at a certain time so dine-in patients and non-app users aren’t stuck with unreasonable delays.

We’re combining the social aspect of eating with the utility of order ahead, which has helped us build loyalty and enable retention