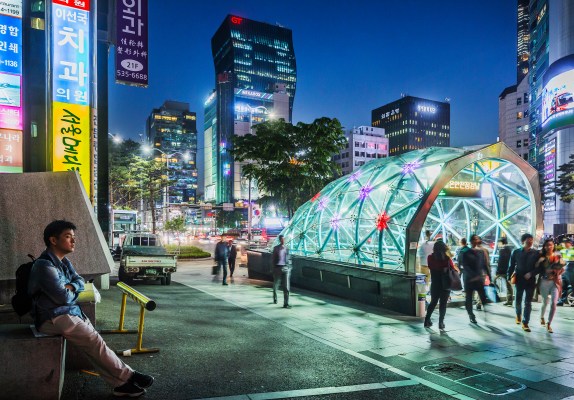 While often dwarfed by the scale and scope of the Chinese startup market next door, South Korea has proven over the last few years that it can — and will — enter the top-tier of startup hubs.

Case in point: Baedal Minjok (typically shortened to Baemin), one of the country’s leading food delivery apps, announced an acquisition offer by Berlin-based Delivery Hero in a blockbuster $4 billion transaction late this week, representing potentially one of the largest exits yet for the Korean startup world.

And with money flooding out of the country’s pension funds into the startup world (both locally and internationally), even more opportunities await entrepreneurs willing to slough off traditional big corporate career paths and take the startup route.

Five years ago, Baemin was just an app for chicken delivery with a cutesy and creative interface facing criticism from restaurant franchise owners over fees.

Years ago, the government initiated a program to underwrite the creation of venture capital firms focused on the country’s entrepreneurs, simply because there was just no capital to get a startup underway (it was not uncommon among some deals I heard of at the time for a $100k seed check to buy almost a majority of a startup’s equity).

For Korea, it has startups that target the domestic market (which makes up the bulk of its existing unicorns), plus leading companies in industries as diverse as semiconductors, gaming, and music/entertainment.