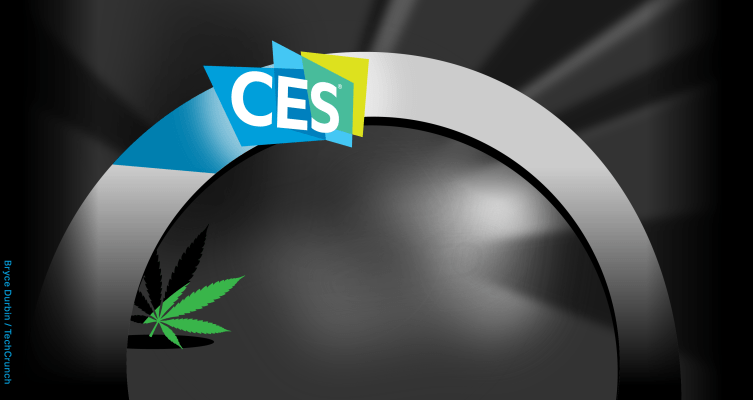 The CTA gave them an Innovations Award Nominee in October and then weeks later told the company they were unable to use the word “cannabis” when exhibiting.

Keep Labs decided to stay home and not exhibit at the massive Consumer Electronics Show, potentially missing out on distribution deals, funding and increased brand awareness.

Vaporizers, cannabis and tobacco alike have long been found on the CES show floor.

After speaking with a CTA spokesperson, it’s clear the trade organization knows its under close scrutiny and yet it’s still willing to blur lines to allow some companies ancillarily to cannabis to exhibit.

In the past, sex tech was explicitly banned, so companies like OhMiBod exhibited under Health and Wellness.

Emails obtained by TechCrunch show the CTA has told cannabis-adjacent companies it can exhibit if cannabis is not mentioned on the show floor.

Upon its acceptance, the CTA nominated the device to the coveted Innovation Award and told the company it could present, as long as it doesn’t mention cannabis.

Like Keep Labs, it feels CES is not the right place to exhibit its wares if true intentions need to be hidden.

“As the largest producer of legally produced medical and recreational cannabis and hemp products, and now a hardware manufacturer, Canopy Growth is constantly looking for ways to provide next-generation innovation to our customers and enhance their cannabis experience,” Popplewell told TechCrunch.

Pax is one of the largest cannabis hardware companies and does not exhibit at CES.

“CTA’s stubborn refusal to allow cannabis companies on the show floor is both comic and puzzling,” Brown said.

In the case of Keep Labs, the CTA granted the company permission to exhibit — as long as cannabis wasn’t mentioned.

The CTA will let companies exhibit, as long as their true intentions are hidden.

“For us, cannabis is a tough decision,” a CTA spokesperson told TechCrunch.

The CTA however acknowledges cannabis is legal in the state of Nevada.

Cortney Smith’s vaporizer company DaVinci is based in Las Vegas and has exhibited at CES a handful of times.