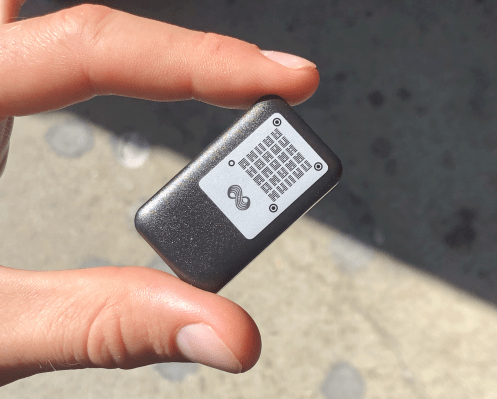 Nodle, which is competing in the TechCrunch Disrupt Berlin Startup Battlefield this week, is based on a simple premise: What if you could crowdsource the connectivity of smart sensors by offloading it to smartphones?

He also co-founded the mesh networking startup Open Garden, which used a somewhat similar approach a few years ago to crowdsource connectivity (and which made a bit of a splash with its FireChat offline chat app back in 2014).

Given the fact that these sensors depend on somebody with a phone coming by, this is obviously not a solution for companies that need to get real-time data.

While some users may want to simply install the Nodle Cash app to, well, make some Nodle cash, the team is also betting on working with app developers who may want to use the platform to make some extra money from their apps by adding it to the Nodle network.

The team expects a normal user to see an extra 20 to 30 MB of traffic with Nodle installed, which isn’t really all that much (users of the standalone Nodle app also have the option to cache the data and postpone the transfer when they connect to Wi-Fi).